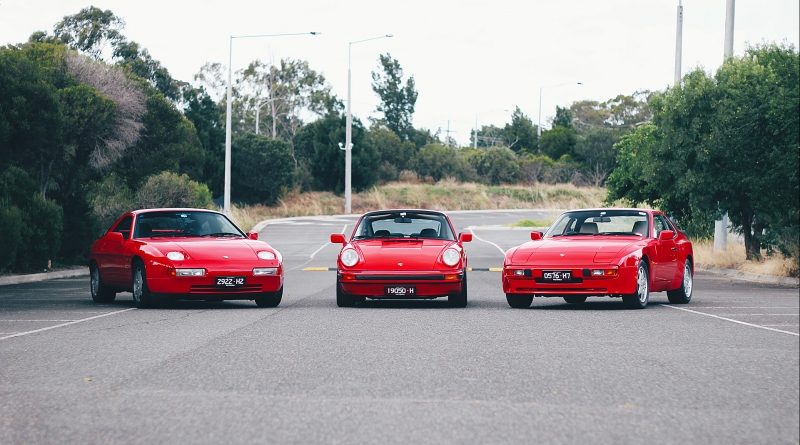 Photos and story by @911_kuhlture

I’m sure many of you readers share that feeling you get when you see an 80s Porsche. They take you back to your early years and the excitement of spotting one on the road as a kid. For me it didn’t matter what model it was, as long as it had a Porsche badge. Four decades later and it’s no surprise that I’m still obsessed with them but to be doing photoshoots and writing articles about them is pretty special and it doesn’t get any better than this little collection owned by Melbourne barber and all round good guy George Nichas @barberstoys.

Thanks very much George for getting involved with 911 Kuhlture. I have to say the photoshoot was a blast and getting to drive the 928 in the Guards Red conga line to the photo location was a lot of fun. Seeing the reaction of onlookers was priceless! So I’ve known you for a few years through Porsche Forum Australia but recently I saw some very dorky photos of you posing next to a GT Falcon which I’m guessing was back in the 80s. Although your fashion sense at the time was far from cool, that Falcon certainly was. You’ve obviously been into cars for a long time. Was there anything in particular that got you into cars?

As teenagers where I grew up in the northern suburb of Reservoir, the car was our freedom. It’s all we talked and dreamed about. The car was our ticket to everything that life had to offer. At 15 I started working at Maccas, just before I studied hairdressing, and all I wanted to do was save to buy my first car. I think the whole car thing is what kept us relatively grounded. It kept us home, working and playing with our shit boxes in our parent’s garages in readiness for the Saturday night “cruise”. I think it lessened the chances of straying too much in those growing up years. Looking back, I can’t say I had anything special as far as cars is concerned until my mid 20s. Motorcycles was what dominated my mind so a dozen bikes in a decade reinforced that love and still does today. I did buy a Polar White XTGT Falcon from a good mate, and that car stayed around until the early 2000s

So you loved the big V8s! How did you go from Fords to Porsches?

I spent years improving and refining the GT but as good as I got it, it was still ever only going to be a straight line cruiser when what I really wanted was something that would go around corners. Anyhow I eventually sold it and at the time put it towards a house. Fast forward a few years and an old mate, Danny, with his  gorgeous black Turbolook 911 and another mate, Michael who had a white series 2 997 GT3 allowed me to experience these cars and I became obsessed. The GT3 definitely wasn’t in my budget, but an air cooled car a decade ago was, so the journey began. After a couple of PPIs and disappointments, my red SC came on the market. It turned out Danny’s mechanic, Chris from Weissach Sport who was going to be doing the PPI for me, knew the previous owner and just said, “buy it, FAST!”

Well, you’ve certainly been bitten by the Porsche bug and obtained my ultimate Porsche collection, one of each of the iconic 80s models. Tell us a bit about each car.

So the first purchase was the 1980 911 SC which is one of 62 cars delivered to Australia that year. The car is basically stock but it’s been set up to eat corners. I’ve got it sitting on Turbo wheels, reasonably low, front guards rolled, but still comfortable to drive around. I’ve had the bushes and suspension restored and the car lightened a bit by removing the retro fitted 80s air conditioning system, which didn’t work very well. Apart from detailing the car in and out, I wear the stone chips as a bit of a badge of honour. I want to keep driving this thing without being too precious. I set it up to grab by the throat and throw it around the hills and endeavour to keep doing that until I can’t drive anymore. It’s my keeper.

The 944S is from 1988, is one of 39 cars Australian delivered and is one of the rarer 944s. It came on the market a couple of years ago, so I suggested to my beloved one Sunday morning that we should go check it out. We were both impressed by its overall condition and its provenance but once I drove it and threw it around a bit, all I had was absolute respect for it. So the deal was done and home it came. Two Guards red cars, gee they looked great in the garage!

Then there’s the 1988 928s4, one of 77 cars Australian delivered. While on holidays last Christmas in Greece, I was looking at Carsales, as you do, when this one came up. It seemed to be the best I could find so once home, I flew to Sydney and a deal was done. I just managed to get it home before Covid eclipsed our lives. This car has impressed me to no end. Who would have thought one could buy a V8 GT car that actually takes corners! It was the car that I lusted over as a kid but never imagined I’d be driving later in life. It’s grouse!

Nice one! Did you always plan to have the three or was it an idea that just developed over time?

It wasn’t something I had initially thought about when I bought the SC but being around a lot of different cars in our community I began to be intrigued by the front engine models from back in the day and these were cars I was always fond of growing up.

Guards Red would have to be the quintessential colour of the 80s Porsche. Did you always plan for them all to be red?

So the first car happened to be red because it was the best car I could find. The second car we bought because it was a more versatile and being red was a nice persuader. Well enter the third, as a lover of V8s from way back, the 928 was going to be the next car and that HAD to be red, to complete my 80s Pcar set.

I’d have to say I love them all equally because Porsche built each of them to do what at they do really well but having said that, there’s only one keeper.

Have you got any future plans for the cars?

I’d like to clean up the 928 a bit with a suspension overhaul, a major service and an engine bay detail but other than that, the cars are perfect in my opinion and I will just continue enjoying each of them as they are.

The cars each have their own characteristics. What’s you favorite thing about each car?

The 911, everything about it from its angry aircooled rear engine music to its cornering ability, to the fact I can see its colour from the driver’s seat while I drive it. The froggy eyes still get me a decade later.

The 944S, its beautiful lines to its agility and its balanced cornering abilities. The bonus with it, despite it being an 80s car, is it’s still a very usable car day to day if need be and it’s also one of the best long distance comfy touring cars I’ve experienced.

The 928S4 again its beautiful lines, its quirky little designs and of course that it was really a 70s design way ahead of its time. A true V8 muscle car with a whopping 235kw in a time when the Aussie V8s weren’t putting out much more than 180kw at the time. The bonus with this autobahn cruiser is it’s also designed to corner. They managed to get 50/50 out of a front engine transaxle car with clever design and innovation. That impressed me a lot once I started to study them.

I’ve had the opportunity to drive all three cars at various times. Although I haven’t had much time in a 944 or 928, I felt like the three of them are completely different cars. Is there anything about the cars that you think shares the Porsche DNA?

Whilst each of them is very different to drive and in appearance, they’re all undeniably Porsche. Rather than focusing on top speed, they were all designed to be agile and fast in the corners and that was Porsche’s philosophy back then.

As Porsche owners, we can’t help window shopping. Are there any other Porsches on your radar?

I do fancy another air cooled car at some point, a 3.2, 964 or 993 perhaps, who knows? Firstly I hope we can all get some normality back in our lives after this Covid year, then let’s see what happens, but right now I’m enjoying this nice little collection as is. It’s been a great diversion for me during the lockdown. 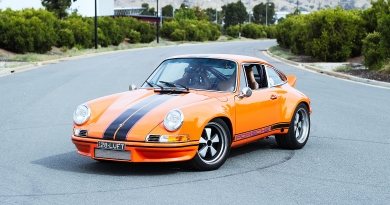 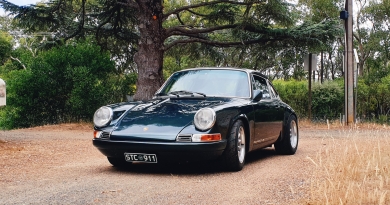 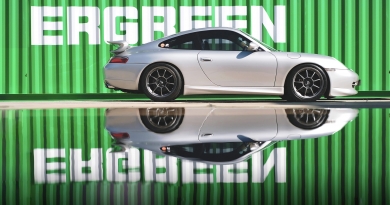