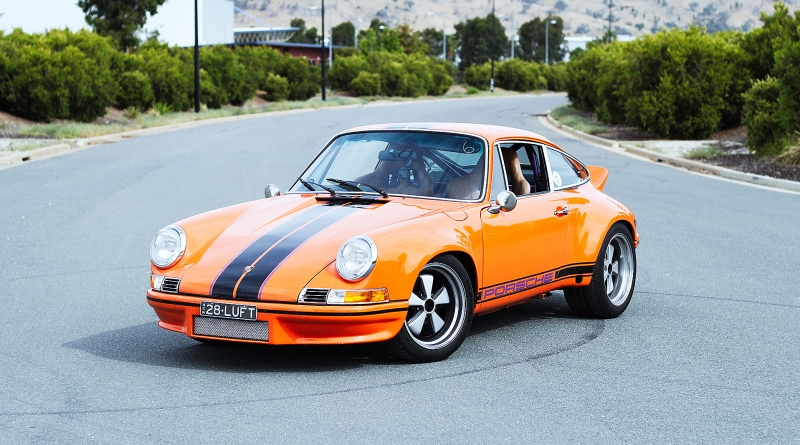 So Jeff, as far as I understand, before you started the restoration process on Harry, you had no experience in any of the skills required to restore a car. What made you decide you’d learn things like panel beating, welding and fabrication on a Porsche?

I spent 13 years as an airbrush artist painting murals on cars, so I had a bit of an idea about painting, but that was self taught. I just like learing how to do things, and the best way to learn is to just give it a go. I figured if I am going to do it, it may as well be on a car I really want, and that was an aircooled 911.

Did you ever imagine at the time that your skills would advance so much that you’d be rebuilding entire sections of car and doing major fabrication like you’re doing with the Alfa?

The Alfa’s body work ended up being a lot more work than I expected. I knew there was some rust, but I never knew it had as much panel damage as it did. That didn’t phase me though. It just meant that I would have to spend more time on the car, which involved cutting everything off of the shell from the b pillars back and rebuilding it. It was a big job, but I learned a lot and I really enjoyed it.

Has there always been a desire to own a classic 911?

Not specifically. I always liked them but my younger brother had more of a thing for them than I did. I do have a fantastic memory of travelling home from high school in Adelaide and a bright green 930 turbo flew past us up the hill on the fantastic old winding freeway only to blast back past us again after he had reached the top to head back down. The way that car soaked up the twisties really had an impression on me.

For those that haven’t followed the build, can you tell us a bit about the donor car for Harry?

Basically Harry was a 1974 911S from the USA that had been imported to Australia in the 90’s and converted quite badly to right hand drive. When I got it, it had been sitting for 10 years with a blown engine. It was black and had a bunch of rust, but it was a complete car and it was a good price so I snapped it up. It was a lot of work but I love the result which is a fantastic road trip, fun car.

What was the most difficult part of the build?

Probably trimming the race seats as it was my first time sewing. Trying to make leather covers for seats that are usually stretch fabric was tough. Although building the engine was pretty stressful as well due to how much it cost me and how bad it would be if I had made a mistake.

I’ve always loved the fat widebody look on old 911s but I’ve found in recent years I’ve been drawn more to the classic narrow body cars, particularly the earlier models with no flared guards. Your build took quite a long time to complete. Did you find your tastes changed in that time to the point where you wished you’d done something differently?

My tastes have possibly changed a bit but not a huge deal. When I started on Harry over 5 years ago I really loved what Singer was doing and that did influence a lot of my decisions on the car. I still prefer the look of the widebody 911s. I originally thought I would build Harry as more of a track car but the further I got into the project, the more I realised it would be more of a road trip car. That’s why I chose to add around 20kg of fantastic 3 layer sound deadening and now it is done, you don’t really notice the added weight but it is so comfortable inside on a long road trip.

What’s your favourite bit about Harry?

Definitely the purple tartan interior. That has to be one of the most controversial parts of the build but I really love it and if some people think I am nuts, that is even better.

Your car is screaming for a set of 15 inch wheels. Do you see yourself ever swapping out the 17s for something more period correct?

Definitely! Like I mentioned earlier, I was influenced by Singer at the time who were running 17’s on their cars. Also coming from my earlier car history, you always went with the biggest wheels you could. I have since paid the price as the current tyres rub inside the guards on big bumps and it has bubbled the paint on the outside. It is not instantly noticeable but you can see it if you look. I definitely think a set of 15’s are in my future on that car.

A few years ago you purchased the Datsun 240Z and the Alfa and along with the 911, this was going to be your ultimate classic garage. Once the Datsun was completed it was sold and presumably the Alfa will be to. Was this the original intention or did the success of your YouTube channel make it necessary to offload them to make way for new projects?

Harry was a car I really wanted and bought before I had a YouTube channel, where the 240z and the Alfa I bought as they were the perfect stable mates to continue my channel. The Z I finished a couple of years ago now and I kept it for a while but to be honest, although I think it is one of the most beautiful cars ever built, it really wasn’t very nice to drive. Harry is roughly the same age and it is a far superior driving experience. The Alfa will definitely be with me for a while as I really want to be able to enjoy it but Harry is the only car I have ever had enough attachment to call a keeper. We will see as time moves forward but unfortunately I can’t afford to keep them all.

You recently cracked 100,000 subscribers. Did you ever imagine the YouTube channel taking off as much as it has?

Maybe I secretly hoped I could make a channel out of YouTube when I started but I didn’t really think it would happen. The main reason I started it was I knew I was about to start building Harry and instead of just having a build thread on a forum, I thought I would film it instead. I didn’t think it would have a huge following but I knew it was the sort of thing I would watch so why not give it a go. Over 5 years later and well over 500 videos in, it has really taken over my life. It has been great to build something like this and it is fantastic to be able to share it and get instant feedback. It is a crazy amount of work as I put out two 15-25 minute videos every week and it is not just the work on the car but the filming, camera angles, lighting, editing that people don’t really think about that sucks up so much time and effort. It definitely hasn’t been easy and sometimes it really feels like work but I love it and I have no plans to stop pushing the boundaries of my abilities.

Do you get many trolls on your videos and how do you deal with them?

Honestly I think I am pretty lucky on that front. I do get plenty of armchair experts who tell me I have done this or that wrong but most of what I do has a reason behind it and I have done a bunch of research before I tackle anything so often people who are quick to judge often end up looking stupid later. At the end of the day I am not an expert. I am just a guy in the garage giving it a go. I admit my mistakes and show them rather than cover them up and I think my viewers appreciate that and it gives them motivation to see that if you give it a go and it doesn’t work the first time, it is not the end of the world.

What advise do you have for other DIYers out there thinking of giving a restoration a crack?

Just give it a go. Most people say things like ‘that is too much for me’ when they haven’t even tried. I really believe that anyone can achieve so much more than they ever believed they could if they just gave it a go. The other big thing to remember is don’t look at the project as a whole because you can quickly get overwhelmed and give up. Pick one small job to tackle at a time and focus on that. Once you have done that, pick the next job. Keep going like that and you will get there in the end.

Any hints on what builds we might see in the future?

I keep throwing around a bunch of different ideas but I still haven’t nailed anything down as of yet.

You’ve become quite the Porsche Wanker with four now in the driveway! Harry the RSR tribute, Archie the 996, the track hack Boxster, and the Macan. That’s a pretty good mix from the brand. Are there other models on your radar that might find their way into your garage?

Archie, my 996, is a great car to drive but I have been quite vocal about how much I hate the interior, particularly mine which is grey. Although the black interiors with the extended leather like in the 996 Turbos can actually look good. Once I am finished doing everything I can on Harry, I think I would like to replace it with a 997. I also see a 356 in my future at some stage. 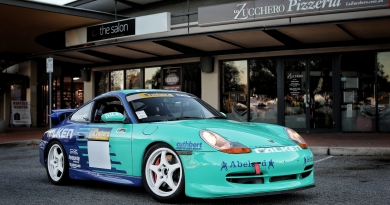 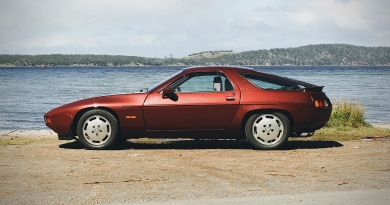 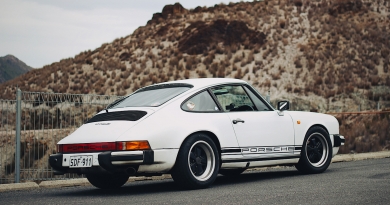 One thought on “Home Built”