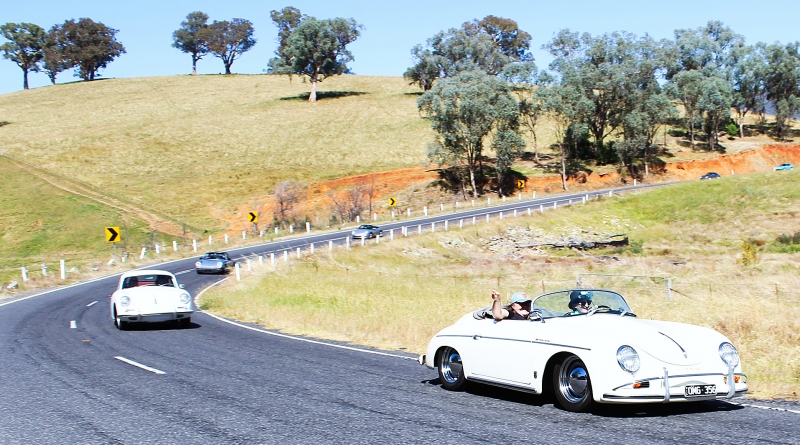 172 cars!!! That’s a pretty good turn out for a cars and coffee but for a three day Porsche Party, that’s something else! Everyone was quite blown away by the number of cars that attended Luftwasser 2021. With everything that happened last year, it seems many Porsche enthusiasts were aching for an event to get back in to driving and socialising with other diehards. People from all around the country converged on Albury – Wodonga on the Victoria New South Wales border to celebrate their love for the German marque, reconnect with friends and make plenty of new ones. The event was held for the first time over the March long weekend and proved to be an amazing success.

Luftwasser is the brain child of Classic Porsche Australia’s Sal Fernando and Stewart Fuchs, administrators of the highly popular Facebook group. CPA had been organising an annual trip from Victoria to South Australia but when the last one was cancelled due to lockdowns and border restrictions, the boys decided to create an event for everyone to look forward to when life returned back to normal. Thankfully life did go back to normal as outbreaks in Victoria and New South Wales threatened the event only weeks beforehand.

With the majority arriving on the Friday afternoon, the hotel carpark was the first sign that this weekend was going to be something special but Saturday morning would have our jaws dropping. The event started with a cars and coffee style meet in Noreuil Park by the mighty Murray River. There would have to have been at least one of every Porsche sports car on that grass. The sea of vibrant colours was made more spectacular by the morning sun streaming through the lush trees throughout the park. Everywhere you looked, there was something special to admire and chat about with owners or just dream about owning one day.

By mid-morning it was time to jump in our cars for the first drive of the weekend which would take us to our lunch stop, the Jingelic Pub. The cars headed out of Albury and over the Hume Weir onto the Murray River Road. Stunning views greeted the drivers as the road made its way beside Lake Hume then meandered alongside the upper Murray River.  The rolling hills and sweeping bends provided much entertainment for those looking for a spirited drive and the sight of 170 odd cars snaking their way across the countryside was truly spectacular.

If you blinked, you could quite easily miss Jingelic! Situated just off the highway, Jingelic Pub is a hidden gem located on the banks of the Murray and provides a great meal to many camping in the area. A lovely roast lamb and pork lunch was provided and the outdoor seating overlooking the river was a great place mingle and talk all things Porsche.

The afternoon saw the group split in two with some opting to take the road back the way we came to get back to Wodonga (read: made a wrong turn) while the others continued on with the planned route. Either way, there was nothing but smiles at dinner time but having been in the group that went the wrong way, I can only say that it seems like we might have missed out a bit…

Sunday morning and a crisp breeze swept across Barnawartha Motorsport Complex. Drivers started arriving early to prep their cars ready for a day of non-stop action on the track. Barnawartha is about 20 minutes south of Wodonga and is home to the Wodonga Tafe’s motorsport training facility.  The short 1.6km race track is full of technical corners with a short straight that doesn’t give you much time to take a breather. Spectators had a full view of the track while they watched some amazing machinery being pushed to the limit. There was no timing and the groups were limited to six cars which meant plenty of room and no pressure for those new to track days. As an amateur, I rated the track as one of my favourites as it was well suited to the old air cooled 911. The day had a fantastic relaxed vibe with everyone sharing their experience, lending a hand with mechanicals, and offering passenger rides to those game enough to ride shotgun. It was an amazing effort by the organisers and track marshals to make sure we all had a great day and one which will be talked about for a long time.

The final day broke but there was still plenty of good times ahead. Lunch was booked at Weathercraft Winery just outside Beechworth with instruction to make our own way there. A quick check over Google Maps and the scenic route was plugged in with a spirited 2 hour drive to our destination. One thing I love about these adventures is discovering new roads and places I’ve never heard of and this little adventure was no exception. Luckily we’d worked up a decent hunger because the meal awaiting us at Weathercraft was amazing. Coupled with some lovely wine, it was the perfect way to end a sensational weekend.

So much hard work went on behind the scenes to make the event happen and a huge congratulations and thank you must go out to Classic Porsche Australia for creating arguably the biggest Porsche party in the country. Plans are already in motion for next year so keep your eye out. 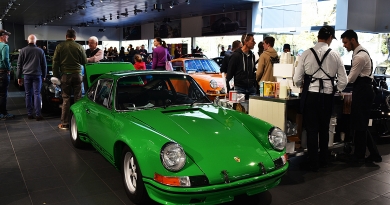 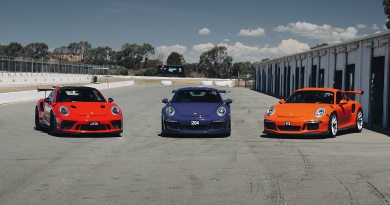